First off, please excuse the “trash talk” throughout the game, it was recorded during a live stream. It is never meant as disrespect to the other player, just simply how I play games. With that being said, please enjoy one of my favorite #MaddenTips @MUTLeagues season games against the Colts. Stick through it all, or skip to 26:52 for an amazing overtime ending. 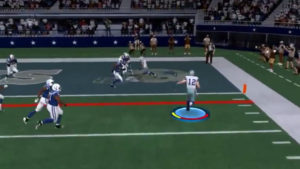