World of Warcraft at Level 110

What is there to do in World of Warcraft at Level 110? 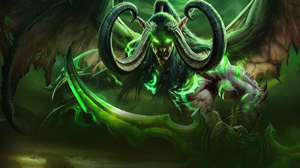 is out and it is time to get leveling. But, when I’m done with all those levels, is there anything left to do after level 110?

The game doesn’t end when you reach max level. In fact, the end game is packed full of things to do. Not sure where to start? Try some of these activities for players at max level in World of Warcraft Legion.

Improve your reputation to gain access to World Quests

Stop or put off questing in your current zone and move to Suramar to work on your reputation. Once you hit friendly with the Nightfallen, and the other 4 major reputations, you obtain a wind rider whistle and the ability to do world quests. World quest are a solid source of Artifcat power, gears, class hall resources, and gold. The wind rider whistle will take you to the nearest Wind Rider in any Broken Isle zone, which eases the pain of not having flying at this point in the expansion. You will also need to earn 8,000 to 12k honor with Nightfallen to unlock two mythic only dungeons, Arcway and Court of Stars.

Early on, soon after World of Warcraft at Level 110, you will want to focus on the artifact power world quests first, then gear upgrades, class hall resources, then gold. You want to get your second artifact trait as soon as possible, as it will aid you greatly in dungeons and raids. As your character progresses and gains power, the rewards from the world quests will grow. The artifact knowledge boost you can learn in your garrison will also increase the world quest artifact power reward gain.

Finish the Class Order Hall campaign as soon as possible. This unlocks the third relic slot for your Artifact, giving you about 40 item levels (with an epic relic).

Make sure you grab the quest “Fire!” in Dalaran to start the quest chain for the Obliterum Forge. This quest line shows you how to deconstruct 800+ crafted items for Obliterum ash. Then, you will use 100 of the ash to create 1 Obliterum that can increase the item level of a crafted armor by 5. This caps at 850. Why bother? You may need Obliterum to finish your class hall campaign: I did as a Demon Hunter.

Heroic Dungeons and World Quests to Increase your Item Level

You’ll want to make sure you upgrade your gear, because you cannot enter certain areas without a higher gear level. You will need:

It isn’t too difficult to reach item level 825 through Heroic dungeons and world quests, which drop plenty of gear. Once you’ve hit 825, you’ll be able to go right into Mythic dungeons.

Quest to Complete all the Zones

If somehow you run out of things to do, go back and finish the quests in each zone. This will help you greatly once the pathfinder achievement for flying in Legion is released. There are plenty of treasures and loot to find scattered around the Broken Isle, so take your time and enjoy the content in World of Warcraft at Level 110.

Get Legion on Amazon